Last week we got an insight into what it’s like going from camper to counselor from Jemma, and next up it’s over to Laura who has spent 3 summers at camp and is excited to go back next year too! 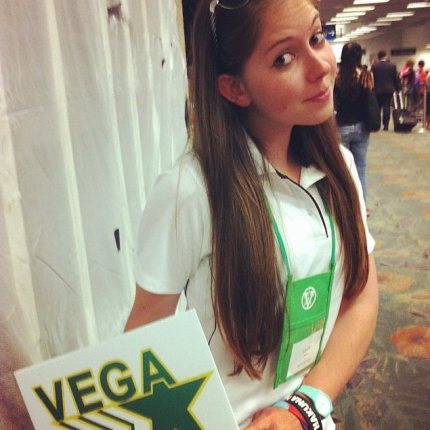 I have spent the last 3 summers at Camp Vega in Maine and am currently planning my 4th year there.

Years ago a friend of mine mentioned that she might do it and it stuck with me ever since so the year I graduated I decided it was now or never!

I have gone through CCUSA for the last couple of summers and I honestly cannot find fault with them. They are a really friendly bunch who put you at ease and will answer every single one of your ridiculous questions. I definitely recommend them and plan to use them every year I return to camp!

I am a dance instructor and a bunk counselor meaning I live with a group of (amazing) girls and am responsible for getting them up in the morning, checking in with them through the day, making sure they are safe and happy and getting them to go to bed at night. During the day while they are at activities I am in the dance studios teaching loads of the other girls (and some of mine) dance routines in preparation for the big show at the end of the summer! It’s very busy and hard work but I am definitely never bored!

I had no expectations so it exceeded everything I thought I expected. I honestly had absolutely no idea what I was getting myself into and ended up having the best summer(s) of my life. It went so far beyond everything I thought it would be that I can’t even describe it. Camp is just incredible.

I have so many it is impossible to pick just one. I think one of my all time favourites was in 2014 when my co-counselors and I decided to make a quote list of all the silly things we heard our girls say throughout the summer when they thought we weren’t listening and then on the last night we all pulled our mattresses into the middle of the floor of the bunk for a giant sleepover and we read them back to them and laughed all night at the fun memories rather than crying because we were leaving. It was something really special.

Our camp food was always great – I guess I would have to pick either chicken parm or 4th July breakfast. Or tacos. I can’t choose!

It’s not so much a chant as just noise but we do this thing called “Boom Chick” – Someone starts counting from 5 to 16 in the Dining Hall during a meal and when they get to 16 the whole camp explodes into this kind of hand jive on the tables. It’s hard to explain but you alternate between tapping your fists and slapping your palms on the table to the rhythm (everyone knows the rhythm) and then yell “aaaaaah” at the end. It is deafening and a favourite of the kids at the beginning of the summer to catch out the new staff who have no idea about it! It’s way cooler than it sounds, I promise!

Camp has allowed me to travel EVERYWHERE. In 2013 I roadtripped from NYC through the South to San Francisco (Philly, DC, Tennessee, New Orleans, Texas, Grand Canyon, Colorado, New Mexico, Utah, Vegas, Yosemite NP). 2014 I did NYC, Philly, Maine, Disneyworld, The Cayman Islands and Mexico. 2015 I did Universal Studios, The Bahamas, The Virgin Islands, Puerto Rico and Turks and Caicos! It is such a good opportunity to see parts of the world you might not see otherwise!

Camp has given me so much confidence. Before going to camp I was shy and quiet and constantly in fear of what everybody else would think of me. Thanks to camp, I am a completely different person. I let myself have fun and act like a giant kid if I want to and I don’t care about the weird looks I get. Camp has taught me that there is way too much fun to be had to let life go by without getting involved. It’s helped me find myself and I will always owe it that.

The best thing about camp is the friendships you make. They last a lifetime. You get to meet people of all ages, nationalities, social backgrounds etc and they become your family. Thanks to being a camp counselor I now have best friends on 3 other continents – from Australia to South America! It’s insane but so special and the bond you create with the kids is also incredible, feeling like you really made a difference to their summer is a feeling like no other.

The only thing bad about it is saying goodbye at the end. You become so close to your summer family that going your separate ways after spending so much time together is really hard. But you always know you will meet again some day, even if one of you isn’t returning to camp. 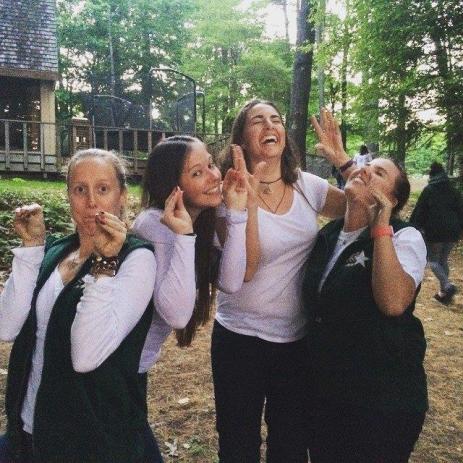 Camp has taught me to jump in and try everything. Time goes by so fast that you need to make the most of every moment and this goes for “real life” as well as camp life. It isn’t going to slow down just because you’re watching from the sidelines so get involved!

Don’t hesitate. Whatever your excuse for not going is, push it aside and make it happen because I promise the positives will completely eliminate any negatives you think of. It will be the best experience of your life and until you experience it for yourself you will never be able to understand it and once you do you will never be able to explain it.

2 thoughts on “Camp Counselor of the Week: Laura Davis”