So last week’s camp counselor interview was all about me, did you read it? This time we turn to Gareth, or Gaz as he’s usually known, to hear about his first summer at camp.

1. Where did you go to camp? How many years? I went to Camp Sloane YMCA and will be returning for my second year this summer!! 2. Why did you decide to work at summer camp? My friend had been working at Sloane for 6 years and told me I should come to camp, the best piece of advice and the best decision I ever made. So if anyone says go to camp DO IT!!!! 3. What agency did you apply to camp through and would you choose them again/how did you find their service? The agency I went through was 3 Adventures – it’s a pretty easy application but would be great if flights were included in the agency fees. They are pretty quick to get back to you as well if you any queries or questions. 4. What is/was your role at camp? My role at camp is the Athletics Director, which basically means I am in charge of all the sports on camp. My role was to ensure all campers were at their correct lessons on time in relation to athletics. I also had to make sure the campers were having an awesome time in athletics, ensuring the lessons that were being taught by counselors were fun and packed with skills campers could learn each day. 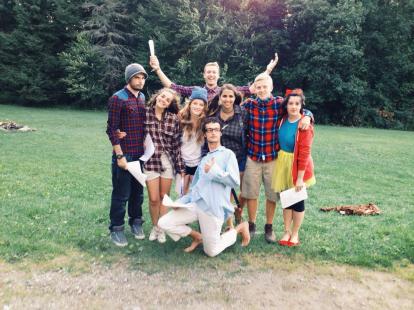 5. Did camp meet your expectations? In what ways? Camp exceeded my expectations – it’s just an awesome experience there is nothing quite like being at camp. There aren’t many places where you’re excited to wake up every day and see what the next day brings, no matter how tired you might be you find energy you really didn’t think you had. Over the course of the summer the friends you meet at camp will feel like you have known them your entire life, 3 months will literally feel like 3 years! 6. What 3 essential items would you never go to camp without?

7. What is your best/favourite camp memory? Even though I have only been to camp once there are just too many memories – the amount of times you’ll laugh during the day has to be up there. This year at camp we did colour war which had to be my best day on camp. The campers went crazy for it and couldn’t stop smiling all day and neither could all the counselors – it was such a rewarding day with fireworks, games not played before at camp and coloured powder war extravaganza at the end. Or the showcases at camp are pretty special – I was in the ‘Little Mermaid’ as Scuttle and Happy in ‘Snow White’. 8. What is/was your favourite camp food? My favourite camp food has to be the mozzarella sticks – when that day came bring on the seconds!!! 9. What is/was your favourite camp cheer/chant? Either ‘Purple Soup’ or ‘Captain Jack’. 10. What is your favourite camp saying/word/expression? Either ‘let’s make this proper Athleticyy’ or ‘if Athletics did all the activities they’d be the best on camp but unfortunately we don’t so just do Athletics!!’ 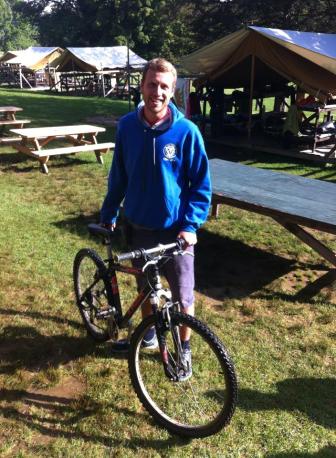 11. How has camp influenced you/who you are/what you do? Camp has influenced me so much. My friends could be telling a story about something random like trainers and somehow I’ll think of story from camp, you just can’t help yourself. Being to camp has made me want to see more of the world and  it’s definitely changed my aspirations in life and who I want to be. I am so glad it did. 12. What is the BEST thing about being a summer camp counsellor? The campers are what makes camp so great, the things they do and say have you in stitches pretty much every day, especially the pioneers (youngest age group at camp). 13. What’s the WORST thing? During your time at camp there’ll be days when you’ll just be exhausted and won’t want to run around all day or teach, but remember camp isn’t about you, it’s about the campers, so find that second wind even though you’ll be shattered. 14. What the most important thing that camp has taught you? To just be myself all the time. When I arrived at camp I was pretty quiet and subdued, but when I left I was pretty crazy (but good crazy). At camp you become a new you, you feel like you can accomplish anything and gain a sense of motivation and a new attitude on life. Every opportunity that comes my way now I just take it because life’s too short – camp did that to me. 15. Anything else you want to say to people thinking about working at summer camp? Forget about your boring job at home during the summer and go to CAMP. Just do it you won’t regret it.

One thought on “Camp Counselor of the Week: Gareth Bradley”