It’s been a few weeks since we heard from Natasha about her experience working at camp, and now it’s over to Amber, who spent her first summer at camp in 2016 and is heading back for more this summer. 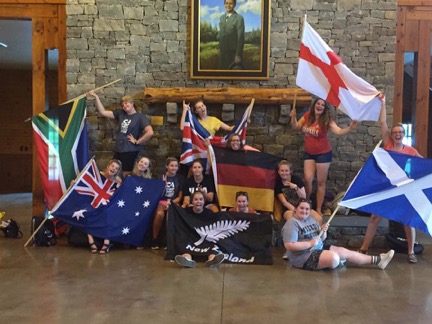 Last summer I went to Camp Holloway run by the Girl Scouts of Middle Tennessee just 30 minutes outside Nashville. I am returning for my second summer this year.

I was in my final year of school attempting to sort my life out. The majority of my friends had already received their first choices at top Universities across the country and I still hadn’t sent my application away. After my exams I was dead set on taking a gap year instead of committing to a four year degree that I hadn’t fully thought about. However I was encouraged to apply for a handful of course as a “safety net” and was discouraged from taking a year out. I stumbled across the Camp America website and straight away knew it was something I had to do. I remember checking the age restrictions to only have my heartbroken that I had to be 18 to apply, with my birthday in August I would have to wait almost an entire year to apply. In summer 2015 I travelled to Vietnam on a school trip and as soon as I returned I knew I wanted to travel more. I had visited America almost every year since I was 10 on holidays (vacation) with my family and travelled extensively to places such as New York, Boston, Florida, Washington D.C. and Vermont. However, I wanted to see more. I thought about  diving into the deep end and saving up and travelling myself across the states, for an 18 year old girl I decided this probably wasn’t the safest idea. I am so glad I pushed myself to apply, at first I was hesitant because I wasn’t amazing at any particular sport, my skills on my application weren’t anything out of the ordinary and I didn’t have that much child care experience.

I did my research before applying and looked at different agencies I could apply to be a camp counsellor with, such as BUNAC, CCUSA, Americamp, Wildpacks. I spent hours reading online reviews and watching youtube videos and decided to go with Camp America. I could not recommend them enough, they help me through the process from the day I submitted my application until I arrived back in the UK.

At camp I was hired as a General Counselor with a focus on Preforming Arts, however when I arrived at camp I was trained to assist in different activities such as Archery, Sewing and Adventure. 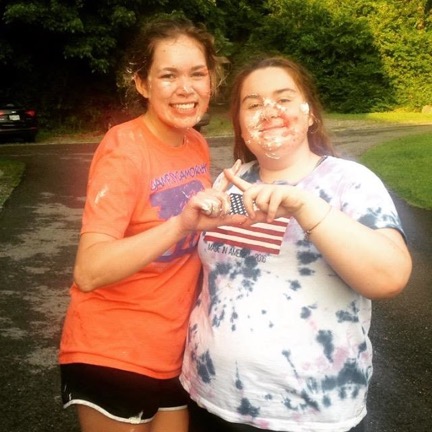 Camp was everything I expected and more, I can’t express how amazing a feeling it is to be able to call somewhere home almost 4000 miles away from your actual home. I binge-watched shows such as Beaver Falls (camp isn’t actually like that) and really any camp related film/t.v. series but nothing can really prepare you for how crazy camp life really is. Before I left I was warned that it is very long days I would be working, but nothing can prepare you for getting less than 5 hours sleep and still be able to function and be as full of life as your campers are all day everyday.

There is loads of stuff I would suggest to take to camp but I would be here all day… stick to your camp’s packing list and don’t worry if you forget something because someone will let you borrow or you can buy it across there. 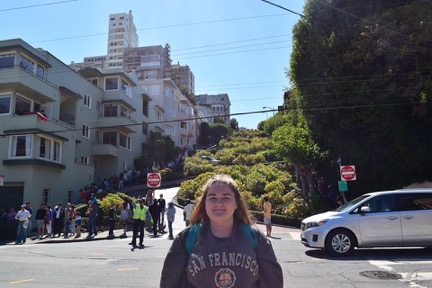 I have so many amazing memories. The best one has got to be when one of my campers forgot to shut the door of our cabin and when we returned back from a night hike on maybe the second night of camp we found a snake in our cabin. The first mistake I made was telling my campers my fear of bugs/creatures. I was terrified and all my campers kept surprisingly calm as me and my co-counsellor from New Zealand were trying to brush the snake out from under the fridge. In the heat of panic one of my campers (aged about 7) asked if we could keep the snake as a pet and spent the rest of the week trying to think of a name for it (we did release the snake back into the wild).

At my camp we had Taco Tuesday and it was by far the best day of the week BUT also the messiest as almost every week we would also get cake for desert on Taco Tuesday which would ALWAYS lead to a food fight. 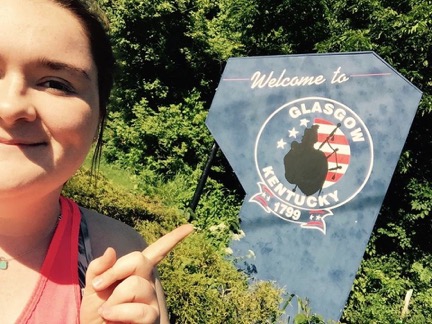 “Brownie Bite” this was a new concept to me. It was a rule we had at meals times which meant we had to have a small bite of everything on our plate, which magically worked with all my campers. 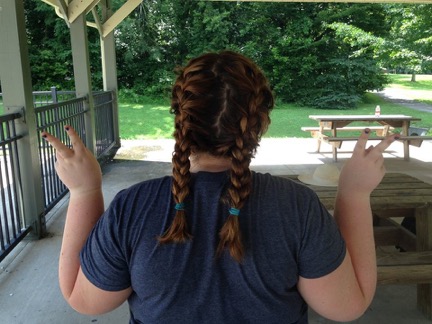 I travelled for 3 weeks after camp (I also took small trips on weekends because we had every weekend off). First I went to the Mammoth Caves in Kentucky, this was one of the most amazing things I have ever seen, also when in Kentucky I visited a town called Glasgow which I was amazed by because parts of the town looked just looked like my home town here in Scotland. For July 4th one of Americans from camp drove us up to St.Louis, Missouri via some cool states on the way. We spent July 4th at Mizzou University and got to go to a Frat Party which was an amazing experience. After camp I went to Lake Havasu in Arizona and travelled to the Grand Canyon for the day. Next we headed to Vegas which out of this world, also everyone travelling with me was under 21 so this isn’t anything to worry about, we ended up going to a huge pool party and could still walk up and down the strip and night and watch shows. Next we got a Megabus to LA which was an experience itself. We went to Disneyland for my birthday and I loved every minute of it. The next day we checked into a hostel in downtown Hollywood and explored there and Downtown LA. We met so many amazing people in the hostel and half the hostel were other people who had just finished camp and the next day a big group of us all decided to go to Universal Studios together. Next we go the bus again up to San Francisco and this was my favourite stop while travelling and we got to see so many sights even though we were only there for 3 days. Finally we flew across to New York City where we explored for 4 days and even got to see one of my favourite bands Blink-182 in concert the night before I flew home.

I think camp has made me a much more confident and outgoing person. Before camp I was really shy but now I would stop and speak to a stranger (probably about camp because my friends tell me its all I ever talk about). 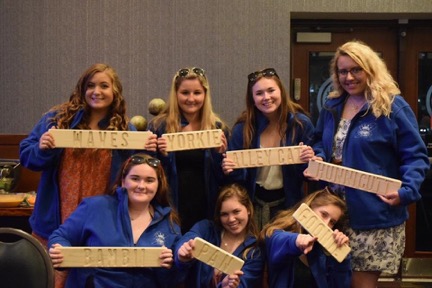 13. What is the BEST thing about being a summer camp counselor?

BUG BITES, no matter how much bug spray I wore I always managed to get bitten. I ended summer with a grand total of 56 bug bites on my legs alone.

Not to worry, before I left for camp I ran so many scenarios through my head but really when you get to camp they provide training and literally telling you EVERYTHING you will need to know (and a lot you wont need to know – but hey, I can now identify lice). But camp has taught me that stressing out will only make things worse.

Just to do it!!! It was the best thing I have ever done and I loved every minute of it.

One thought on “Camp Counselor of the Week: Amber Roach”