A week ago we heard from Arianna about how much she loved her first summer at camp, now it’s over to Ben, who has spent just one summer at camp, and now can’t see himself doing anything else! 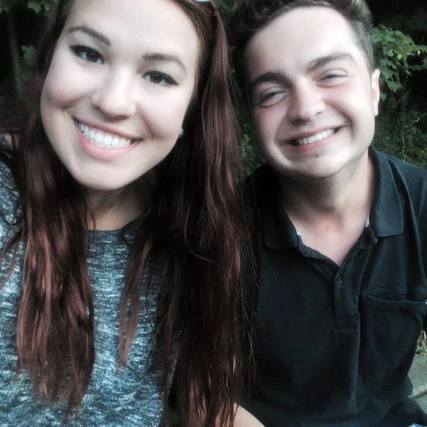 I have spent one summer at camp so far. I worked at Surprise Lake Camp in upstate New York. It’s a Jewish sleepaway camp. It was so amazing that I plan to return every summer for the foreseeable future.

It wasn’t really a decision so much as a desire. When I first heard about the Camp America program, I knew that I wanted to do it, it was just a question of when. I have been to America many times, so I knew that I would love it, but I also wanted to make a difference in kids lives. I literally applied in August 2014 as soon as applications opened.

I chose Camp America because they are the original summer camp providers, and also they had a much bigger selection of camps than other agencies, therefore more opportunities for placement. I found them to be absolutely amazing. From before I applied answering questions on Twitter, to helping with anything and everything before and after placement, especially visa application stuff, and then in the USA meeting and greeting, providing a lovely hotel room for the night, and being a constant support throughout the summer. They even visited me at camp and sent me Dairy Milk in the post! I would recommend them to the ends of the earth.

My role last summer was Theatre Manager. I was responsible for all sound and lighting at camp, and I also taught technical theatre. It was a fantastic job in that, not only did I get to teach kids, I got to teach them something that I am really passionate about. I had the opportunity to pass on my passion, and give them the opportunity to do something new that they would never normally do. I even ended up with a camper operating a large part of the sound board for the last theatre production of the summer, and I was able to leave certain campers to mix things totally by themselves. That was amazing for me! I really felt like an adult at that moment!

Camp met my expectations and more. It was exceptionally fun, it was extremely hard work, but it was 100% worth it. I didn’t really understand just how much I would connect with the campers and staff. That part took me by surprise and was just amazing.

Camp will send you a suggested packing list, but there’s certain things that don’t really end up there for international staff. A big thing is clothing with American flags on it. On the 4th of July you will absolutely need that! Secondly, a torch is essential. When the kids are in bed and you’re trying to find your way back to your cabin after a Walmart trip without any light at all, you will struggle. Thirdly, bring personal items from home; things that are important to you and that remind you of home. I don’t mean bring your grandmother’s necklace or anything, but when you’re living in a communal space for such a length of time, to have those things around your bed at night will help to make that space your own.

That’s such a hard question because so many things happen every day that fit into that category! My favourite memory is probably when myself and my bunkmate, Josh, ran a lip-sync event for the boys aged 9-11 in our huge outdoor amphitheatre. I was watching them dance and lip-sync and they were having so much fun, and so were the staff! Knowing that I’d helped create that was amazing, and that’s probably why it comes to mind as one of my favourites.

Honestly, my favourite food was probably pizza and caesar salad day! Every Wednesday we’d have that for lunch, and it was delicious every week. Drizzling some ranch dressing on the pizza just made it exceptional!

My favourite is probably ‘There was a Great Big Moose’. I don’t know why, I just think it’s fun. Maybe also because we learnt it at the Camp America orientation and it was the first one I really knew, but I just really enjoyed doing that one at camp.

Because I was at a Jewish camp, we obviously ate Kosher food. Therefore, from time to time, you’d hear shouts of “that’s not kosher” accompanied by a hand movement, especially if I came back from the deli with a BLT!

11. How has camp influenced you/who you are/what you do?

12. What is the BEST thing about being a summer camp counsellor?

The best thing is probably the opportunity to have an impact on the lives of children. They really do listen and learn from the staff, and when I saw them having fun in an activity that I was running, or when I watched them put into practice skills that I taught them, it was the best feeling in the world.

The worst thing is getting cabin fever. You live and work in the same place 24/7, which is great, but from time to time you just want to escape for a while and get a change of scene. That’s very minor though, the pros outweigh the cons most of the time!

14. What the most important thing that camp has taught you?

Camp taught to accept everyone for who they are, which is essential. I’m not always going to meet people who I get along with, and I learned how to live and work with them for a whole summer.

15. Anything else you want to say to people thinking about working at summer camp?

I’d honestly say to do it. It was the most incredible thing I ever did. Stop looking at the potential negatives, such as the cost and the distance, and think about the huge amount of positives. You get to be in America for the summer, you get to travel after camp, you get to influence kids, you get to live and work with your friends, and all in an environment where it is totally acceptable to be who you are, regardless. If that’s not appealing, then I don’t know what is!