Our last counsellor interview was with Hannah, who told us all about her summers at camp. This week it’s over to Natalie, who has spent 2 summers working at a special needs camp.

I went to Camp Greentop in Maryland for two summers! It is a special needs camp for children and adults based in the Catoctin Mountain range and it is their 80 year anniversary this year.

I was about to graduate from university and I really wasn’t ready to face the real world so I decided to look into American college programs and summer internships. I wasn’t convinced I’d have the right experience or personality to fit in but when I went to a camp fair I realized anyone with any experience can work at a summer camp! 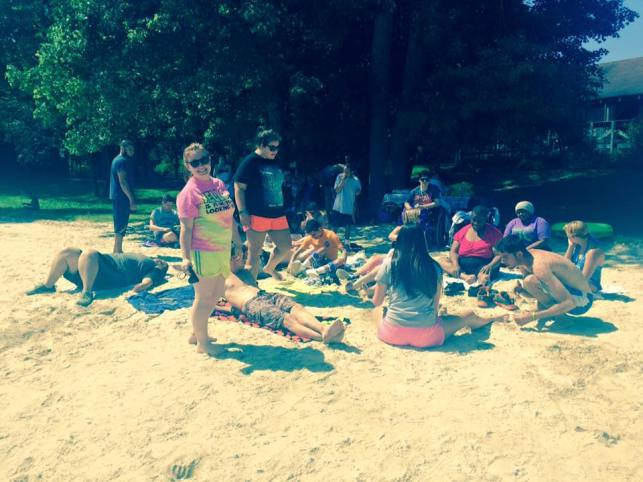 I went through CCUSA and discovered them after they came to my university and did a lecture on life at summer camp. I would absolutely choose them again and have recommended them to everyone. They have           a great application success rate and I felt they were really down to earth and supportive. They may not be the biggest or the most well known however they gave me a really easy experience especially in my first year which can be a little nerve wracking. In terms of the costs I’m not sure how they compare, however I managed to afford to go to camp on a university budget so they can’t be too bad!

In my first year I was a social media assistant. This was the first role of this kind at my camp and it involved being a photographer, blogger and all around social media expert. It was a job that I didn’t expect I could get at camp and it was an amazing job for my first summer. I got to experience all levels and areas of camp and show it off to the world.

In my second year I went back to camp as a counsellor and lived in A-Unit with 4 other female counsellors. We had 7 different groups of campers of all ages to live and look after for 7 days at a time. This job really threw me out of my comfort zone in an amazing way. 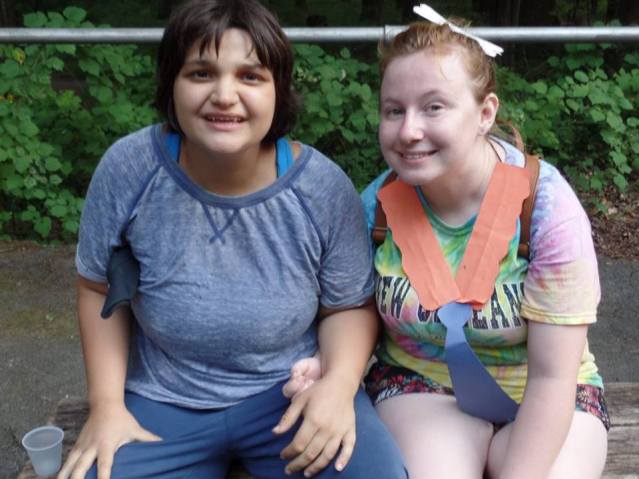 Camp exceeded all my expectations and more. I thought I would like camp but honestly before I left I thought I would be more excited to leave camp and go traveling however I was completely wrong. Camp is an amazing little bubble where you are cut off from the rest of the world in the best possible way.

The staff become your family as do the campers, you’ll form bonds much stronger than any other friendships because you share the highs, laughs, lows and tears. On my last day both years I felt so upset that I would be leaving and leaving behind all the memories and this environment where everyone understood each other.

A diary/scrap book to put in all your messages from campers and staff but also all your tickets and memories from traveling. Cadbury chocolate – American food is good but not a patch on Cadbury’s. Finally Odourless Garlic tablets – start taking them 3 weeks before you go and everyday you are there and the bugs will leave you alone – guaranteed!

During our 10 day adult camp two of our campers got engaged. They were well known at camp for coming to camp year after year to see each other and they got engaged straight after they sang together at a Karaoke night. Everyone cried and I wrote a blog special about them. It was just a magical moment you wouldn’t get anywhere else.

‘Awkward Salmon/Turtle/Balloon’. We had alot of these sayings that just became natural when something awkward or embarrassing happened. My favorite was ‘Awkward Salmon’ which is where someone would come behind you and slap in between your knees to make a ‘salmon’ noise. It was a bit of a initiation for new staff as it would shock them so much but it made everyone laugh and it continued over the summer.

In my first summer me and 8 others I met at camp went to New Orleans, Miami, Orlando and New York. None of us were old enough or could drive in America so we couldn’t rent a car but we took the Greyhound and flew. As we were based in Maryland we had to take a 40 hour coach ride to New Orleans which at the time was awful but we made a lot of great memories on that trip – it really cemented our friendship and I still speak to most of that group on a daily basis. New Orleans was by far my favorite place in my first year of traveling. It has amazing nightlife and history, highlights were the ghost tours and the Mardi Gras museum.

In my second year me and my boyfriend (who I met at camp) traveled alone but met up with people from camp in both Philadelphia and New York. New York was my favorite on this trip as we got to see Wicked on Broadway and go see the Statue of Liberty.

My camp was really great however as we got 2 and a half days off every 7 days so it meant during ‘camp time’ we got to hire the camp vans and go on road trips. My best road trips were Baltimore, Atlantic City and Ocean City. Traveling during camp was great as it meant after camp I could go back to places I loved and stay longer if I wanted to.

Working at a special needs camp has influenced me hugely. I am so much more passionate about how people speak about people with disabilities and their expectations of what they can do. My life dream is now to set up a similar camp experience in the UK.

In general though camp has improved my confidence massively. I do a job at the moment where I have to speak in front of and supervise a lot of people and I don’t think I could do that without going to camp. It has also opened up so many career and volunteering opportunities for me as it is such a unique experience to have and employers really love it.

The freedom – mentally and physically. Being in a forest means you have no signal on your phone, no internet and barely any plug sockets. This means you can’t worry about who is or isn’t liking your photo or what drama goes on at home. I find even now I don’t rely on my phone has as much as before I went to camp.

Apart from that though – the job is the best in the world. Yes, it’s hard and tiring but you won’t ever find a job like it. Your day job is making sure these kids (and adults in my case) are happy by acting like a huge kid no matter what role you have.

The tiredness – you live in the mindset that you don’t want to miss anything and want to make the most of every moment. Whilst that is great it can burn you out as your day to day job is pretty much 24/7. You have to make sure you rest when you can and make the most of it.

One of my favorite memories is when me and my boyfriend went to Philadelphia in a break between sessions and the whole first day we spent sleeping, catching up on TV shows and ordering Papa John’s. It was great, we didn’t regret it at all and still went sightseeing the next day!

To try new things. As long as you’ve tried it once it’s okay if you never try it again (this is also a trick I used to get my campers to eat their veg). Most of the time it all works out okay and you’ll do it again. I wasn’t looking forward to staff orientation as I’m not into team games normally but I swallowed my pride and fear and threw myself into it. Yes I embarrassed myself a few times but it always worked out!

Just do it – even if you think you are not the right type of person just go for it. It is honestly the best 3 months of your life. 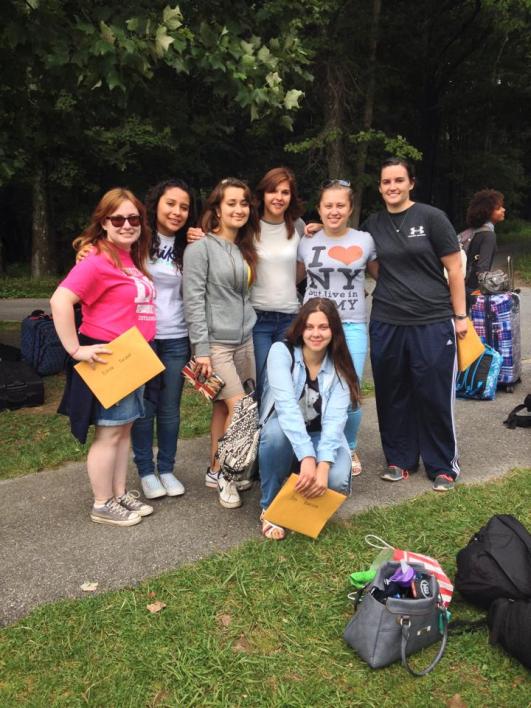 One thought on “Camp Counselor of The Week: Natalie Pursall”